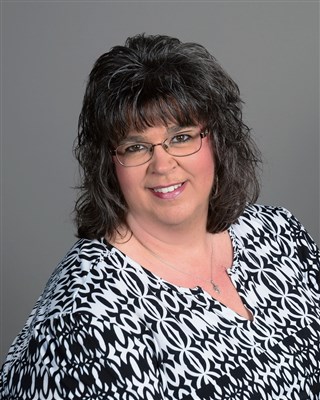 A Scripture Reading from the Gospel of Luke

30 Jesus replied, “A man went down from Jerusalem to Jericho. He encountered thieves, who stripped him naked, beat him up, and left him near death. 31  Now it just so happened that a priest was also going down the same road. When he saw the injured man, he crossed over to the other side of the road and went on his way. 32  Likewise, a Levite came by that spot, saw the injured man, and crossed over to the other side of the road and went on his way. 33  A Samaritan, who was on a journey, came to where the man was. But when he saw him, he was moved with compassion. 34  The Samaritan went to him and bandaged his wounds, tending them with oil and wine. Then he placed the wounded man on his own donkey, took him to an inn, and took care of him. 35  The next day, he took two full days’ worth of wages and gave them to the innkeeper. He said, ‘Take care of him, and when I return, I will pay you back for any additional costs.’ 36  What do you think? Which one of these three was a neighbor to the man who encountered thieves?”37 Then the legal expert said, “The one who demonstrated mercy toward him.”Jesus told him, “Go and do likewise.”

On June 17th 2015 a young man entered the African Methodist Episcopal Church in Charleston South Carolina, sat down and attended the prayer service. After about an hour of meeting with these people 21 year old Dylan Roof pulled out a .45 caliber Pistol and shot 9 church members multiple times. The next day Roof was apprehended and arrested in Shelby North Carolina. Relatives of those who were killed told suspect Dylan Roof during an initial court appearance that they forgave him.

These people forgave someone who took the lives of their mothers, fathers, siblings and children. This may seem like an impossible task, but it is possible with God! The natural response would be to seek revenge. But the members of that church illustrate how to show the love of Jesus in the most difficult of times.

Those people do not just attend church, they show us how to BE THE CHURCH!

Being the church is not just following Jesus in “doctrine” or “belief”…It is following Him out into the streets, among the people, mingling with them and loving them where they are.

We can preach Jesus with our words but we will reach people with our actions! Yes, we are to tell people that Jesus loves them. But we will have a greater impact when we SHOW them the love of Christ!

Obviously this “Samaritan” who showed compassion to this man was the one who acted as a neighbor.  It is not hard to love our family, our faith family and our friends. But nowhere do you find that Jesus commands us to only love those who deserve it. He says that we are to “love our neighbors as ourselves”. In His closing words to this “teacher of the Law” He says “Go and do likewise”.

That is our assignment today. It is not enough for us to say we love others. We must show that love each and every day.

Love is not an option… it is a command. My prayer for you as we go into this Lenten season is to take this command to heart and put our Love Into Action.

This site uses Akismet to reduce spam. Learn how your comment data is processed.